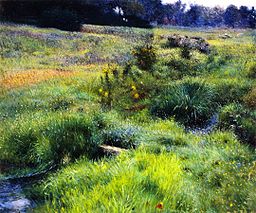 We are excited to welcome our research teams to the inaugural Boston Summer Seminar.  We’ll be gathering for orientation at the Massachusetts Historical Society on Monday, June 1.  Food and coffee will be available at 9am.  We have three research teams coming from three GLCA colleges:  Hope, Kenyon, and Wooster.  We also welcome our archivists from five participating institutions, who will join us for conversation at our twice-weekly seminar evenings.  Our line-up of seminar speakers is truly inspiring – we’ll be recording their talks and posting them on our website.  We also plan to live tweet from our evening events.  So stayed tuned!

A few thoughts before our work commences.  We recently retweeted this quote by the historian Shelby Foote: “When you’re working very hard you’re not lonely; you are the whole damn world.”  So true.  One of the delights of research and writing is a feeling of entering another world.  Your imagination brims with characters, overhead conversations, incidents, places, and colorful details.  Time at your desk seems to fly by.

And yet it’s also true that much of our work is solitary.  Doing primary source research takes patience and time – a lot of time.  And the payoffs are often delayed until later.  Sometimes a sense of connection to others can seem remote.  I remember my first summer doing research at the Massachusetts Historical Society.  I’d received a summer fellowship to examine the 1880s photographs of Clover Adams, who became the subject of my first book.  I remember not knowing what to wear each morning.  I knew what to wear to class and to teach, but what to wear to the archive?  (As it turns out, archives are fairly casual.  We do encourage wearing layers for cool reading rooms, however.  (And Anna Clutterbuck-Cook requests that no one dry socks on top of the microfilm machine, as one patron did after a rainy morning.)  I also remember the deep pleasure of doing my solitary work side-by-side with others doing their work, then meeting up for lunch or coffee to talk about what we’d discovered.  I wasn’t alone in what I was doing.  Come to think of it, I suppose the vivid feeling of relief in not being alone in my work is part of what inspired the seminar.

And so, at the Boston Summer Seminar we’ll be doing our work together.  I know I speak for my planning team when I say:  we can’t wait to get started!

We are pleased to feature a guest post by Madalyn Muncy, a marketing communications specialist at FordDirect, an automotive digital marketing agency. She graduated from Hope College with a degree in English literature in 2013, where she was a Mellon Scholar. You can see more of her work and contact her here. In the widely popular podcast, “Serial,” a spinoff of the public radio show “This American Life” (both of which I highly recommend), Sarah Koenig follows a murder case across a series of episodes, weaving hours of interviews and research into a compelling narrative that reaches beyond the lines of journalism and into the very thing that connects us as human beings: storytelling.

It’s easy to assume that as a culture we’re obsessed with the visual. Attention spans are short. People don’t read. But there’s something about the human voice that is entrancing, raw and compelling. The forum of podcasts engage the part of the imagination that is shut off during video watching, the part that you turn on when you’re reading a good book, the words coming alive in your mind.

In a culture that often moves at the speed of our smartphones, the archive may seem like a forgotten place. However, for me, finding a story in the archive, a story that needs to be told, like Sarah Koenig’s in “Serial,” satisfied my inquisitive journalistic nature in a way that other kinds of research could not.

As an undergraduate at Hope College, I first found the story of a woman who spent her life recording and guarding the collective memory of her town at the local archives in Holland, Michigan. The historical essays she wrote and her personal documents inspired me to tell the story of Holland through the lens of her personal archive, making her story, and that of her beloved hometown, come alive.

Continuing to search for material that I thought deserved to be brought into the open, I discovered stories that spoke to me of escape—by immigrants, runaway slaves, and a man who committed suicide.  So I wove together these disparate stories with elements of different mediums—letters, memory books, photographs, oral history interviews and diaries—into one cohesive narrative. The narrative contained all of the elements of fiction:  plot, dynamic characters, dialogue. The end result was similar to “Serial”:  history told through the lens of journalism with aspects of a literary narrative.

Instead of making abstract arguments about the past, I wanted to fuse the old with the new into something more accessible and more focused on storytelling, and I decided the best way to do that would be to create a podcast based on the materials I had found. By pairing archival materials with a narrative voice, the past became vivid in a way I never would have anticipated.

You can listen to the podcast I produced for my senior thesis here.  I broke the stories down into acts (like a play), but wove each to the other by a similar theme:  escape.   I used oral history transcripts, oral history recordings, newspapers, photographs and more to create a script, also inserting some of my own commentary to shape the story.

During my time in the archive, I learned that it’s sometimes best to let the stories tell themselves. Let the archive inform your journey. It takes time and a lot of patience, but if you continue seeking out the story, you’ll find the links you need to create a compelling narrative from information you never thought would be connected or historically significant. 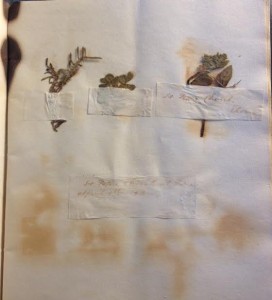 In a recent (and fascinating!) interview on Common-place, Meredith Neuman, associate professor of early American literature at Clark University, says: “For me, it will always be important to flail about in the archive, to allow one’s self to be surprised and confused by it. As I tell my students, you can go to the archive with what you think your questions are, but, if you are very lucky, the archive will tell you what your questions really are.”

Flail about in the archive. That’s right – so often working in the archive can feel like flailing and sometimes the scarier word it rhymes with: failing. Why can’t I find what I’m looking for? What I thought was there is not there. That correspondence only reveals mundane things I can’t use – sick kids and the travel plans of Aunt So-and-so. Now what?