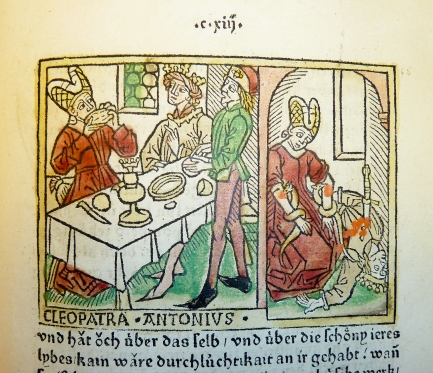 I’ve been thinking a lot about story-telling lately – how to do it, what makes a narrative compelling, what pitfalls to avoid. And I keep coming back to an evocative phrase used by Stacy Schiff in her keynote lecture at last year’s Biographers International Organization Conference that’s still rattling around in my brain.  She said the challenges of writing her 2010 Cleopatra, which won the PEN Award for Biography, were enormous.  She had “head-on collisions with unknowns” and had to sift through mountains of material from the many histories of the great pharaoh and her rule over Egypt.

Cleopatra’s love affairs with Julius Caesar and Marc Antony have inspired some of the world’s masterpieces in art and literature.  What can a 21st century biographer, no matter how brilliant (Schiff has won a Pulitzer for Biography and has been nominated for another), bring to a story as well-trod as that?  Plenty, as it turns out.  Hers is a gripping, page-turning narrative.  The reader knows how it all ends, and yet … the path there is startling, bone-shaking, and far from obvious.  I think the secret to Schiff’s success has to do with the phrase I keep thinking about.  She said at one point she knew the only way to write her book would be “to make the story fragile and non-linear again.”  Fragile and non-linear again – it’s the “again” that’s so evocative, because no one, of course, knew how Cleopatra’s story would end when it was being lived.  When it was being lived it was fragile and chaotic and unexpected.  That’s the challenge and thrill of writing history and biography – to capture on the page the sense of not-knowing, the element of surprise, the unexpected turn that so marks how we live our own lives.